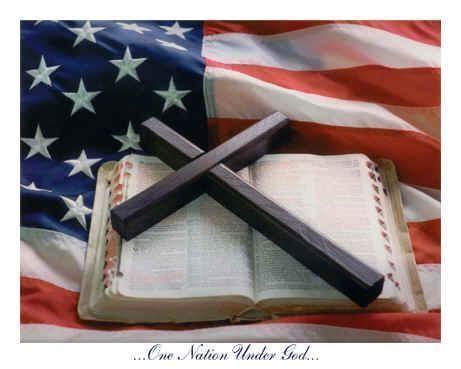 “Some of the first acts of the new presidential administration make it clear that there has been a dramatic change in the way that traditional religious faith is going to be handled at the White House. For example, when the new White House website went public immediately following the inauguration, it dropped the previously prominent section on the faith-based office.

Significantly, hiring protections allow religious organizations to hire those employees who hold the same religious convictions as the organization. As a result, groups such as Catholic Relief Services can hire just Catholics; and the same is true with Protestant, Jewish, and other religious groups. With hiring protections, religious groups cannot be forced to hire those who disagree with their beliefs and values—for example, Evangelical organizations cannot be required to hire homosexuals, pro-life groups don’t have to hire pro-choice advocates, etc.

The current concern about the weakening of traditional faith-based hiring protections is heightened by the White House’s announcement of President Obama’s commitment to “pass the Employment Non-Discrimination Act, to prohibit discrimination based on sexual orientation.” This act would fully repeal faith-based hiring protections related to Biblical standards of morality and behavior, thus directly attacking the theological autonomy of churches, synagogues, and every other type of religious organization by not allowing them to choose whether or not they want to hire homosexuals onto their ministry staffs.

The administration’s third attack on religion occurred in the President’s stimulus bill, which included a provision specifically denying stimulus funds to renovate higher educational facilities “(1) used for sectarian instruction or religious worship; or (2) in which a substantial portion of the functions of the facilities are subsumed in a religious mission.” As Republican Senator Jim DeMint (SC) explained, “any university or college that takes any of the money in this bill to renovate an auditorium, a dorm, or student center could not hold a National Prayer Breakfast.” Sen. DeMint therefore introduced an amendment to “allow the free exercise of religion at institutions of higher education that receive funding,” but his amendment was defeated along a party-line vote.

The fourth attack on tradition religious faith appeared in President Obama’s 2010 proposed budget, which included a seven-percent cut in the deduction for charitable giving. Experts calculate that this will result in a drop of $6 billion in contributions to charitable organizations, including religious groups.

The fifth attack is the White House’s announcement that it will seek the repeal of conscience protection for health care workers who refuse to participate in abortions or other health activities that violate their consciences.” ~David Barton (06/03/09) ~

We as a nation have allowed this to happen. Because of the decline of moral values in this country and the political apathy that prevails in our society, we allowed one of the most ardent enemies of Christianity to be elected to the presidency and allowed his liberal companions in Congress to chip away at our Constitutional rights of freedom of religion.

We as a nation can turn this around. We must as Christians and patriots take a stand against this kind of evil. We must pray to our Lord God for forgiveness of our personal sins and also the sins of our nation. We can no longer sit by and hope that someone else will to it. Only we as believers can do it! WE MUST ACT NOW!

Preview of Part Seven: Taking Back Our Christian Nation

With the educational system currently in place in America, ignoring and omitting the basic tenets of Christianity to teach our children the Word of God we are in direct violation of God’s commandments…

In a recent survey of America’s knowledge of religion, it was found atheists (yes this is a religion), agnostics, Jews and Mormons knew more about their religion than Catholics and Christians. This is a frightening declaration. It is the duty of all Christians to reach out and teach the Word of God to non-believers. How can we teach if we don’t know the basic tenants of our own belief?