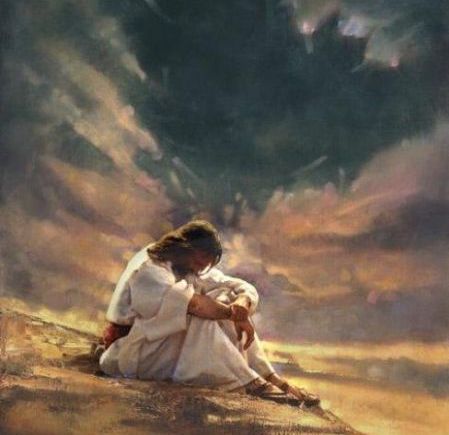 There has been much said today that Jesus didn’t speak against homosexuality, so it must be OK. The word “homosexuality” didn’t exist in Jesus’ time. But the Bible is quite clear that it is wrong and against nature; therefore against God’s law, making it a sin.

26 For this cause God gave them up unto vile affections: for even their women did change the natural use into that which is against nature: 27 And likewise also the men, leaving the natural use of the woman, burned in their lust one toward another; men with men working that which is unseemly, and receiving in themselves that recompence of their error which was meet.

God’s plan for natural sexual relationships is His ideal for His creation. Unfortunately, sin distorts the natural use of God’s gifts. Sin means not only denying God, but also denying the way we are made.

When people say that any sex act is acceptable so long as nobody gets hurt, they are fooling themselves in the long run and often in the short run. Sin hurts people; individuals, families, whole societies. How sad it is that people who worship the things God made (the created) instead of worshiping the Creator so often distort the very things they claim to value!

One of the most common arguments made in support of homosexuality is that Jesus Christ did not explicitly condemn the practice. Supposedly, since Jesus never stated specifically: “Homosexuality is a sin,” then His failure to denounce the lifestyle can be interpreted to mean that He approved of it. This reasoning is riddled with error.

True Jesus is never quoted in the New Testament as having directly addressed rape, incest, domestic violence or homosexual behavior. So are we supposed to believe all these practices are okay with Him?

When He discussed sexual morality, Christ had a very high standard, clearly affirming long-standing Old Testament law. He told the woman caught in adultery to “Go and sin no more.”

He warned people that not only the act of adultery was wrong, but even adulterous thoughts. And he shamed the woman at the well by pointing out to her that he knew she was living with a man who was not her husband.

Christ used the destruction of the cities of Sodom and Gomorrah as dramatic examples of God’s wrath. Throughout the Old Testament, prophets described these cities as being notorious for the practice of homosexuality. Jesus certainly knew that this was how the comparison would be understood.

4 And he answered and said unto them, Have ye not read, that he which made them at the beginning made them male and female, 5 And said, For this cause shall a man leave father and mother, and shall cleave to his wife: and they twain shall be one flesh?

By defining marriage as between one male and one female, Jesus effectively condemned all other arrangements, including but not limited to one man and two women, one woman and two men, three men and one woman, three men and three women, one man and one man, one woman and one animal, etc. You can see the overwhelming logic of this. For Jesus to have to explicitly condemn every assortment of genders and numbers would be absurd. When He defined marriage between one man and one woman, He clearly showed that such an arrangement is the only one authorized by God.

Most important of all, Christ was God incarnate (in the flesh) here on earth.

So, Jesus was God as the laws were handed down through Moses to Israel and eventually to the whole world. This Old Testament law clearly prohibited homosexuality (Genesis 19, Leviticus 18:22 and 20:13; Deuteronomy 23:18 and elsewhere). The apostles understood this also.

So, the apostles, who were taught by Christ, clearly understood that homosexuality was a sin as it has always been. When people say, “Jesus said nothing about homosexuality,” they reveal that they really haven’t understood Scripture, or Who Christ was and is.

Maybe some of these points can lead them to a clearer understanding.

Homosexuality is a sin. It always has been, and it always will be. The inspired New Testament writers repeatedly teach that to be the case. Jesus explained that the Holy Spirit would bring to the inspired writers information that they could not handle at the time of His departing.

Jesus did explicitly define marriage as being between one man and one woman. The ruse to suggest that Jesus approves of homosexuality because He never expressly condemned it cannot be sustained logically, nor can it be defended on any type of moral grounds.

Paul was describing characteristics of unbelievers. He doesn’t mean that adulterers, homosexuals, and other sinners are automatically and irrevocably excluded from Heaven. All can be saved and go to Heaven through the sacrifice of Jesus Christ on the cross. Just believe on Him and be saved.

Christians come from all backgrounds including these. They may still struggle with evil desires, but they should not be continuing these practices.

“Paul warns them against deceiving themselves: Be not deceived. Those who cannot but know the fore-mentioned truth are but too apt not to attend to it. Men are very much inclined to flatter themselves that God is such a one as themselves, and that they may live in sin and yet die in Christ, may lead the life of the devil’s children and yet go to heaven with the children of God. But this is all a gross cheat. Note, It is very much the concern of mankind that they do not cheat themselves in the matters of their souls. We cannot hope to sow to the flesh and yet reap everlasting life.”

Paul clearly states that even those who sin in these ways can have their lives changed by Christ. However, those who say that they are Christians but persist in these practices with no remorse, need to reevaluate their lives to see if they truly believe in Christ.

In a permissive society it is easy for Christians to overlook or tolerate some immoral behavior while remaining outraged by others.

We cannot take part in sin or condone it in any way, nor should we be selective about what we condemn or excuse. As Jesus teaches we must hate the sin, but reach out to love the sinner.

Paul emphasizes God’s action in making believers new people. The three aspects of God’s work are part of our salvation. Our sins were washed away, we were set apart for special use (sanctified), and we were pronounced not guilty (justified), for our sins.

7 In Him we have redemption through His blood and the forgiveness of sins according to the riches of His grace.

***Note all Scripture passages are from the Kings James Version (KJV)